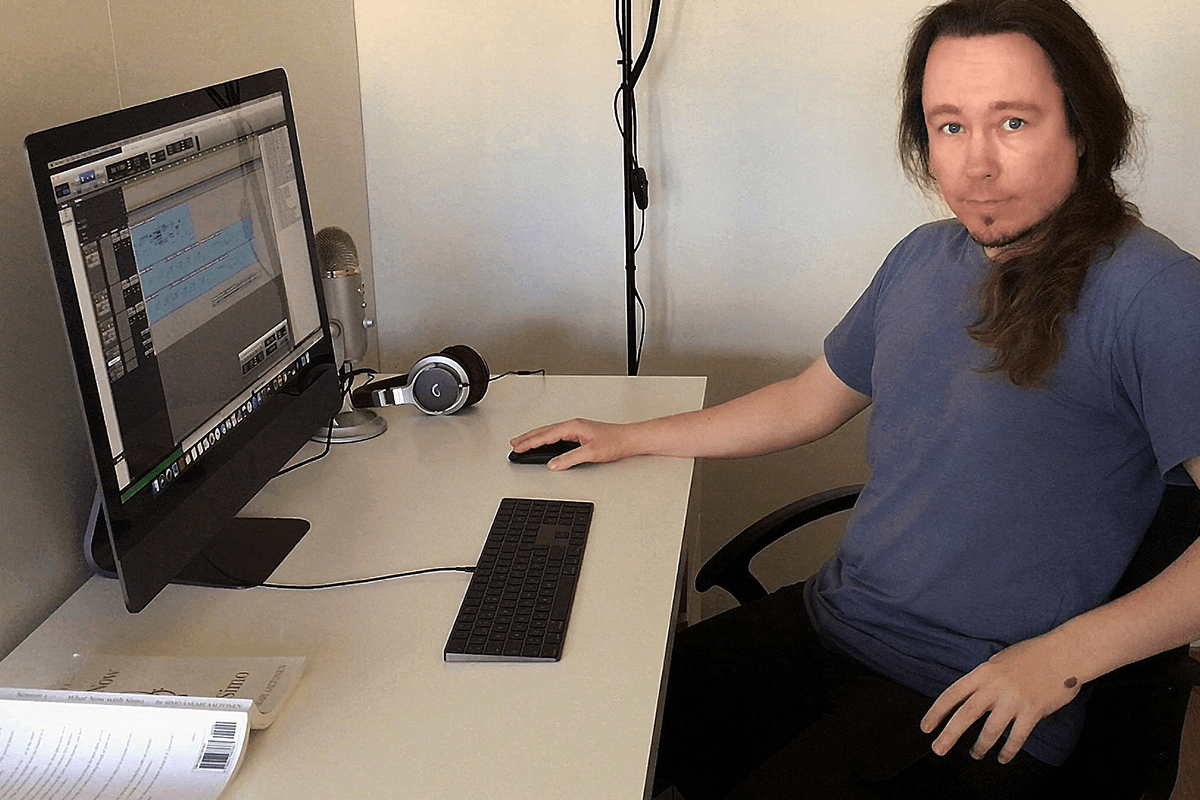 Translating from English to Finnish: How to keep concise and consistent

ZOO Community is all about drawing people together from around the world with a shared love of language. We’ve invited our translators to share their thoughts and help fellow freelancers learn from their insights.

Finnish translator, Simo Sakari Aaltonen, kindly shared some tips on translating his native tongue. From keeping things short and sweet to his favorite type of content to work on – here’s what Simo had to say.

Hi! My name is Simo Sakari Aaltonen. I’m a Finnish writer and translator.

I initially sought out translation work as a way to make a steady living while also pursuing my own writing projects. Given my lifelong love of English, films, and TV, applying to ZOO was the most natural choice in the world.

I’ve come to greatly enjoy this work, and I’ve found it’s perfect as a way of further honing my own screenwriting skills. Here are a couple of my thoughts and tips for translating between Finnish and English!

One clear challenge with Finnish is how much longer our words can be, so learning concision without loss of meaning is essential.

With this, it often helps to see how much information is communicated non-verbally; through facial expressions, body language, physical actions, staging, use of the camera, music and sound effects.

With all this in mind, it can be surprising how briefly the important content of a line of dialogue can be expressed. This is one thing not all translators necessarily realize right away. That in order to be a competent translator of media content such as films and TV series, you need to pay attention to the whole thing. Visuals and audio as well as the dialogue. Think beyond the transcription of the dialogue.

Not only to keep things concise and at an appropriate reading speed for the audience, but more importantly, to get the right context for accurate translating.

Finnish has more freedom with word order than English, as much of the grammar is expressed through our rich use of suffixes, rather than word order as in English. In Finnish, we can switch words around and retain the very same meaning – or with only a slight shift of emphasis.

In the majority of cases, it’s possible to have the translation follow either the same or a very similar word order in Finnish without any compromise to how natural the result sounds.

For these reasons, I avoid using a radically different word order than in the original – unless it’s really necessary.

An example of this would be an English sentence building up towards the end for emphasis. Something like: “These are some of the hallmarks of good design.”

English has two ways to express possession, this of structure and the use of the -‘s suffix. Whereas Finnish has no structure equivalent to the former.

So, the possessor must appear before the thing that is possessed. This can dilute the dramatic emphasis of a sentence, so I try to avoid this kind of change whenever possible.

In some cases where time allows, the same result as in the English line can be achieved by using a more complex grammatical structure that places the desired word or phrase at the end. For example, “These are some of the hallmarks that characterize good design.”

By avoiding the possessive altogether, the same emphasis can be kept this way.

I enjoy translating many types of films and TV series. Ones aimed primarily at younger viewers can be a pleasure because of the simpler language and more relaxed pace they often use.

However, by this I don’t mean the work needs less attention. In fact, I take great pride in getting these translations as polished and perfect as possible, since they’ll be seen by people in the most important and defining parts of their lives.

I recently worked on a cartoon series which was really well written and featured continuing, intelligent story arcs – and I was proud to help share this kind of work with new audiences.

Likewise, the number of family movies I’ve worked on recently were a particular pleasure. Part of the reason is the light-hearted nature of the content itself. After gritty, often gloomy hospital or crime series, it can be refreshing to be working with some more positive material. I definitely enjoy the variety of content that I get to work on with ZOO!

I was really pleased and proud to work on a genuinely thrilling film recently – which also inspired me to get back to my own screenwriting!

I became totally invested in the story while translating, maybe more than I had experienced with any other content I’d worked on. It was also challenging, because the dialogue mostly happened at breakneck speed, so it was a perfect project.

As a writer myself, I’ve found translating films and TV series to be tremendously useful in terms of helping me grow. I’ve started to appreciate that it really is like screenwriting gym!

With each project, the dialogue of an entire script goes through your mind, and as mentioned above, in order to translate well, the translator needs to understand the whole story. Not just generally but in a nuanced way, and to see how all the pieces of the story – each scene and sentence – fit together.

So, translating with ZOO has been a really helpful part of my continuing development as a writer as well.