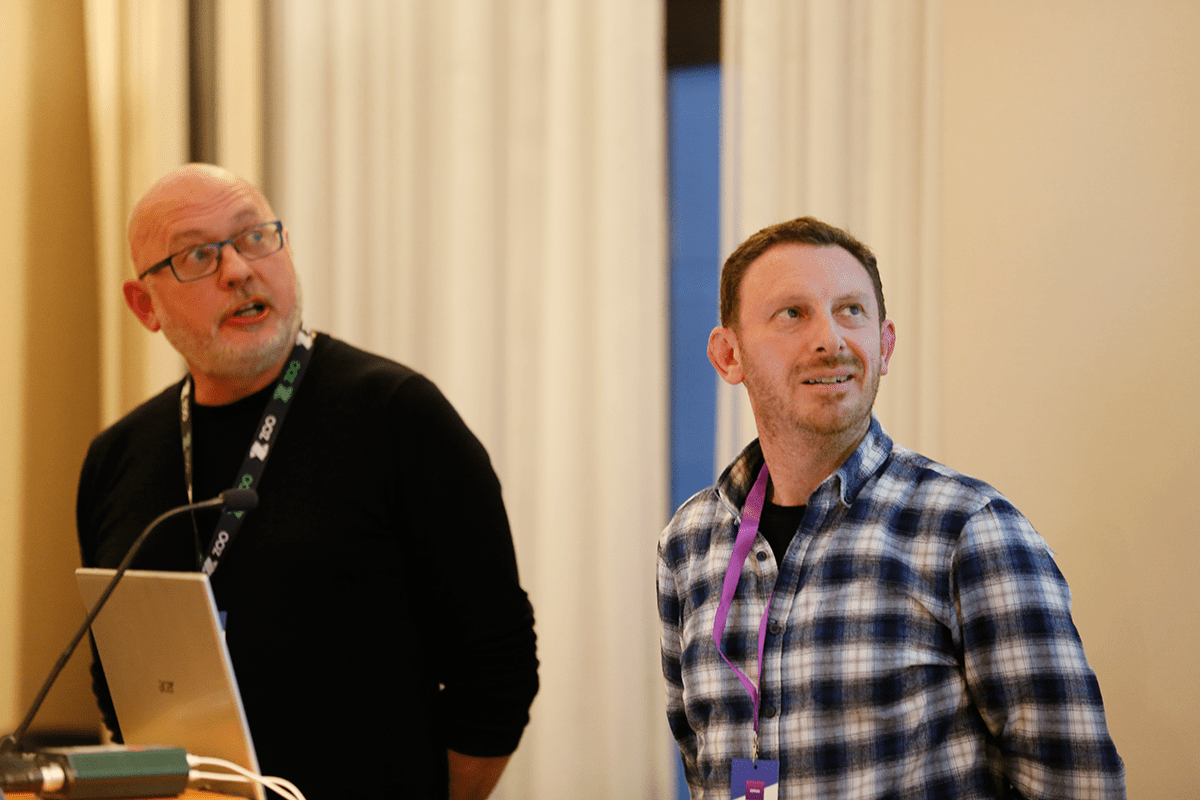 It’s easy to get overwhelmed with the vast offering of the Berlinale. As well as showcasing worldwide independent cinema and – as of last year – TV releases, the two-week festival also boasts the European Film Market and Co-Production Market, technology forums, panel discussions and more. EUROVOD is one such offering – a unique platform for new talents in all media sectors to gain experience in a market where lines are blurring between the high-end commercial and innovative independent.

So this year, ZOO chose to participate in this priceless sidecar of an event which incorporates not only the themes and spirit of Berlinale but also launches an initiative to give locally-produced film and TV content exposure to worldwide audiences it otherwise wouldn’t have access to.

Firstly, EUROVOD is a network of content creators, distributors, technology providers, film-makers and festival organizers – all determined to join forces and launch local and international VOD platforms. In turn, helping to promote largely-unseen catalogues of film, TV and documentary to new audiences around the world.

Recognizing a global trend set by larger VOD platforms that foreign language content travels way beyond a home territory, the barriers to market are diminishing and the real value – untapped by these larger distributors – is the offering of a wider selection of content to an audience who demand variety and are now becoming more used to multiple household subscription models.

What did we pick up in Berlin?

There was also a ‘lift the lid’ session on how to target audiences during title launch campaigns. The knowledge shared and transparency among this group was open, constructive and extremely progressive. I am now ready to launch my own platform of cat meme videos – subtitled and dubbed in 25 languages, of course – so look out for a worldwide launch Q4 2019.

Sharing our thoughts on localization

Team ZOO were invited along to showcase our localization services and this became a critical discussion point. We provided detail on how multi-lingual adaptation, quality adherence, anti-piracy measures, and the demand for multiple technical specifications were managed by the industry’s larger distributors.

There was a sense of positivity that it has become so much more acceptable to watch smaller (budget) stories with larger themes in mainstream media. Whether it be a Norwegian, Latin Spanish or Korean drama. A captivating international story about love, good vs evil, survival, prejudice, courage and heroism increasingly encourages language-viewing acceptability. Thanks to the larger streamer strategy the minnows have the ideal platforms to launch their own untapped local offerings to a wider world.

Catch us next time!

With Berlinale 2019 drawn to a close, we’re feeling fortunate to have met so many fresh faces and shared our experiences with groundbreaking OTT providers from around Europe. Massive thanks to EUROVOD for hosting such a fantastic event!

In case you didn’t catch us, a second event is planned for later in the year. ZOO will be there supporting European content growth – offering advice and service to this important initiative – if they’ll have us…